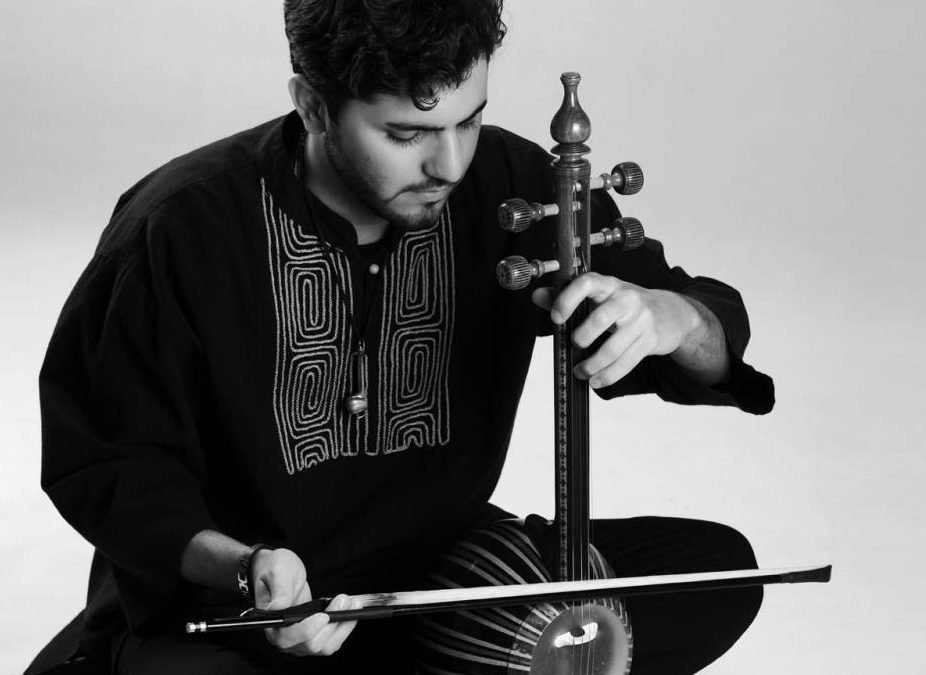 As a student of both the violin and its Persian cousin, the kamancheh, Sina Ettehad is in a better position than most to bridge the cultural divide between Canada, where he now lives, and Iran, where he was born. That’s something he’s been pursuing since at least 2010, when his four-piece Kereshmeh Ensemble teamed up with the Vancouver Symphony Orchestra for a groundbreaking evening of cross-cultural exploration.

But this kind of interplay isn’t a one-way street, as he notes when the Georgia Straight reaches him at home on a rainy North Vancouver afternoon. “I live in Vancouver, and I’m part of this city’s culture, so I like to communicate with different musicians and different cultures—and eat sushi!” Ettehad says, laughing. “So let’s work and play music in that way, as well.”

The kamancheh virtuoso’s next project illustrates his commitment to this ideal: not only is he joining local tabla master Amarjeet Singh to explore the links between Persian and North Indian styles, he’s also reaching out to Hildegard’s Ghost, a female-fronted quartet whose music occupies the intersection between contemporary composition, avant pop, and jazz improvisation. And with the UBC Persian Club presenting their Fusik: Worldly Approaches to Improvisation show at West Vancouver’s Kay Meek Centre, a culturally diverse audience is guaranteed.

As Ettehad explains, Hildegard’s Ghost—with Roisin Adams on piano, Elisa Thorn on harp and electronics, Jeff Gammon on upright bass, and Justin Devries on drums—will open, he and Singh will appear as a duo, and then all six musicians will improvise on one of Adams’s tunes and one of his own.

“When I was in first year of the music program at UBC I had a chance to see all my colleagues perform, and I greatly noticed jazz musicians’ approach to improvisation,” he explains. “It was totally different than the way I’d been trained in the Persian modal system, but I could also see similarities, and the first one was freedom. Jazz musicians have a kind of freedom, and in Persian music we have the freedom to do whatever we like, actually. So I was fascinated by that, and I decided to set up a kind of group-music improvisational event.”

Further expanding their shared vocabulary is that the Hildegard’s Ghost tune they’ll use as an improvisatory launch pad is called “Untango”, in itself a jazz-flavoured exploration of the late Astor Piazzolla’s nuevo tango style.

“It’s in a kind of G harmonic minor, which is really close to the Persian mode called Esfahān,” Ettehad notes. “I can really feel how the music goes up and down in the phrasing and the dynamics, so I decided, ‘Well, I can work with this.’ ”

That goes for Adams as well. “I’m ecstatic to play with Sina and Amarjeet, and also excited about expanding Hildegard’s Ghost’s following,” she says in a separate telephone interview. “We’ve been pretty East Van–centric, so the opportunity to play the Kay Meek theatre is a great one—and we’re also in preliminary talks about touring this project.”

Cross-cultural music is an idea with legs—and it’ll be interesting to see where those limbs will take these happy collaborators once their journey is properly launched.