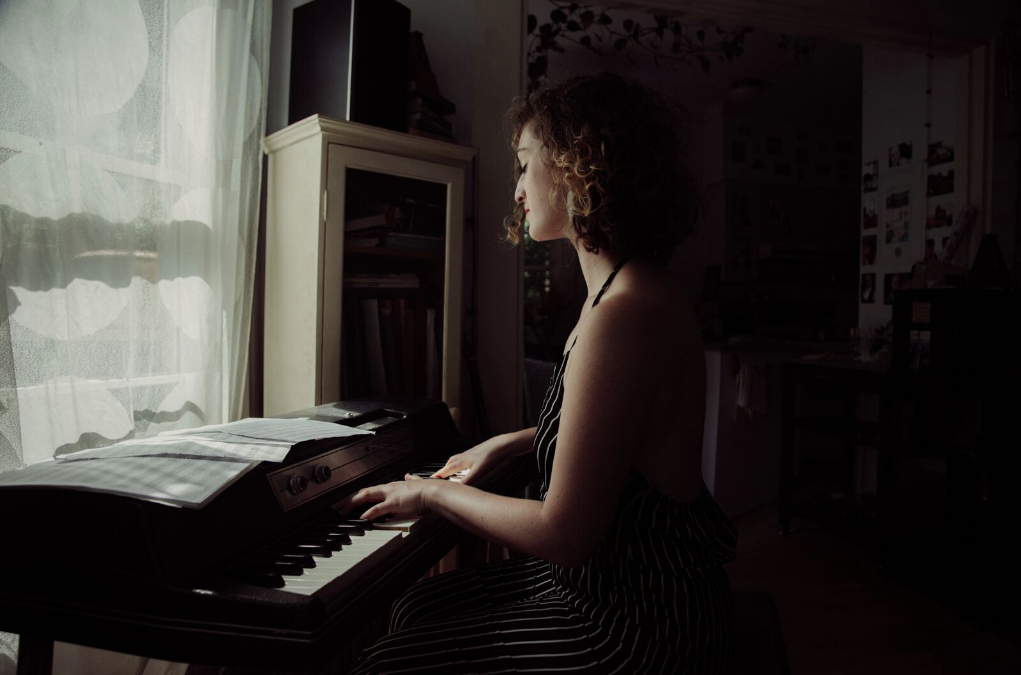 The final act of the evening debuted a new ensemble by composer/pianist Roisin Adams. “Hildegard’s Ghost” featured, in addition to harpist Elisa Thorn, drummer Ben Brown (fresh off winning a Juno award with Vancouver creative music ensemble The Pugs and Crows), and words by Meaghan McAneeley.

Musically, Adams favoured jazzy harmonies and classical flourishes offset by more subversive textures and abstract scrapings. Often, I felt like there was an invisible film unfolding before my eyes; the second piece was strongly reminiscent of the French composer Erik Satie.

The third piece, a solo piano feature, was dedicated to a musical collaborator from Tim Sars’ East Van Carnival Band who had recently passed away. In a poignant introduction, Adams declared that she hoped the piece would offer a glimpse of “what it was like to be friends with Andrew.” Speaking with Roisin on the telephone the day after the concert, she told me the piece was inspired by her work with autistic children (the title, “Pick It Up” being a favoured response to toy-throwing temper tantrums), which she later dedicated to her friend.

The evening concluded with a composition titled “Some Things are Timeless” and a mesmerizingly spare duo between percussion and harp. Brown would thoughtfully scrape one of his cymbals, paying particular attention to the production of its higher overtones, while Thorn thoughtfully plucked out rich low tones on the harp, always listening and waiting for the next sound of the dialogue. The feeling was one of open spaces, or perhaps people who have turned away from the world to direct their gaze inward. These ideas are welcome in music, but it’s my hope they won’t get in the way of more nights of great music like this one.